Broughton Astley Parish Council provides YOUR local services. We strive to make Broughton Astley a better place to live, work and visit. Our website includes a wealth of information about how we conduct business and what we do. Use the search or browse the site to find whatever you are looking for. If you can't find what you want or would like to recommend any improvements to our website then please contact us. 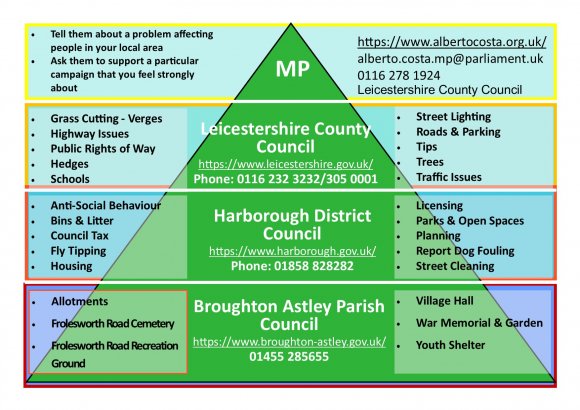 From oak tree to work of art. 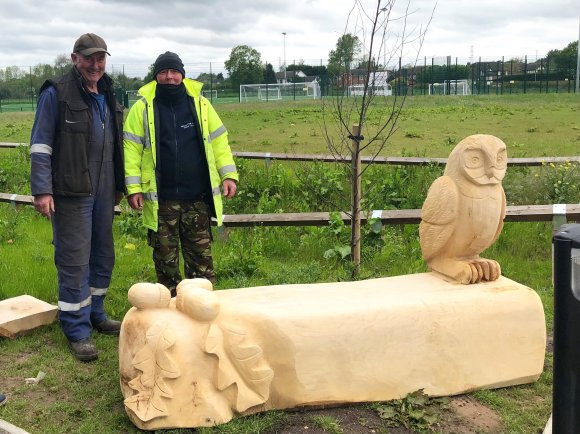 Broughton Astley Parish Council are delighted to announce the installation of a carved oak bench at the Leisure Centre site.

As part of the building work for the leisure centre four mature oak trees were unfortunately felled.
We really did not want to lose these majestic specimens and vowed to bring them back to life in another form. The Parish Council looked at the different ways in which they could be utilised, and we found a very skilled wood carver who could make benches from the oak trunks.
The parish office staff then worked to get the project underway by applying for funds from Harborough District Council's Community Grant Fund. Once this was approved, we booked in Peter Leadbeater, a Leicestershire wood sculptor, to begin the hard work. The project was delayed by the Covid pandemic and poor weather, but Peter began carving on April 21st 2021 and just five days later an amazing work of art had been created, bringing an old tree trunk back to life! 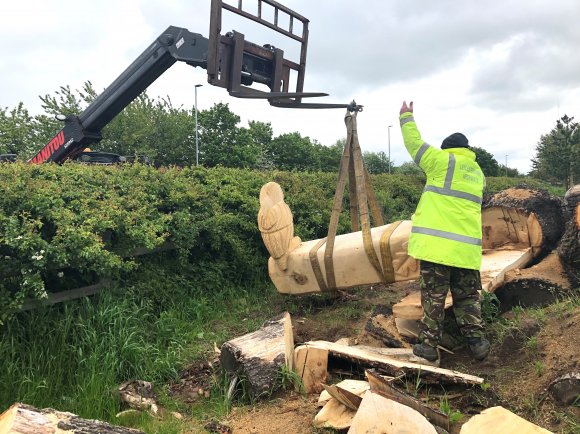 We then had to work out how to move the bench into place as it was so heavy!

A local farmer, Nick Lane, came to our rescue and very kindly used his heavy lifting gear to put the bench in situ. We would like to send a special thanks to Nick for his help. 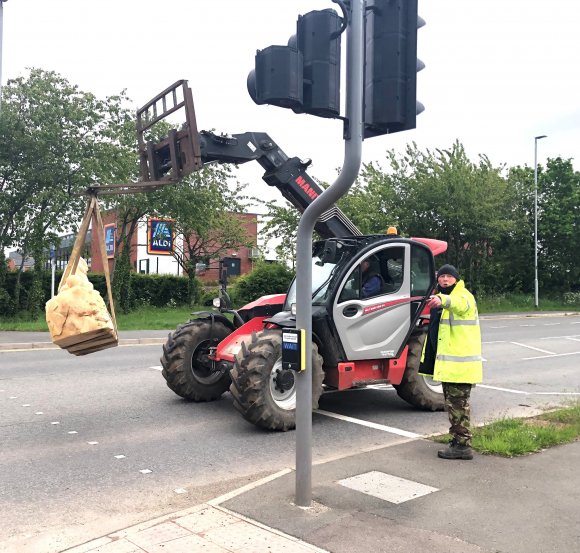 The bench has been treated and anchored. It takes pride of place near to the place where it once grew, and people are able to sit and watch the children play. 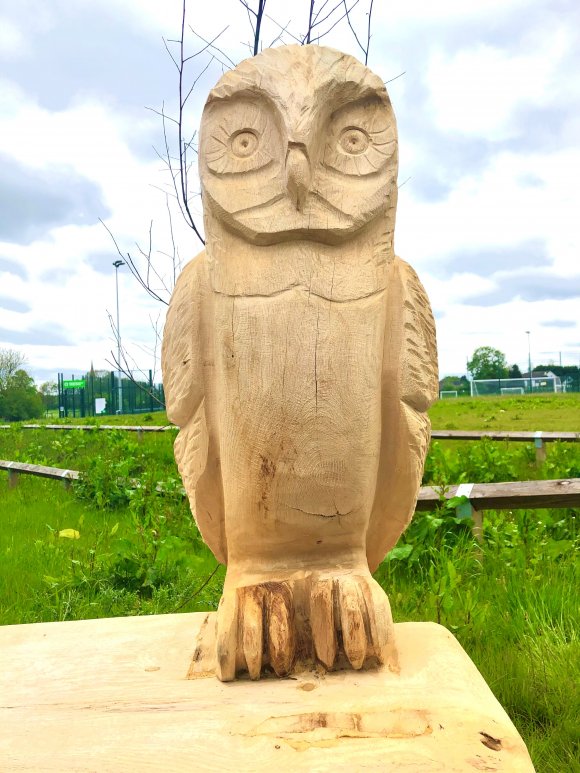 Out of Hours Incident Reporting Procedure

Member of Parliament for South Leicestershire, Alberto Costa, and Chairman of the All-Party Parliamentary Group on Microplastics has recommended that the Government take stronger action on plastic policy.

Mr Costa has worked with MPs and Peers from all parties and industry stakeholders to produce the APPG's first report containing holistic policies focussed on reducing microplastic pollution.

The report also explores the issues posed by plastic microfibres, which can be shed from textiles such as clothing when worn and laundered. It is estimated that 700,000 microfibres are released into our waterways during each use of a domestic washing machine. Due to their size, they are too small to be caught by standard washing machines and can end up in the wastewater system. They can damage riverine and marine species and can subsequently enter into the human food chain.

The APPG held a series of stakeholder roundtables and a consultation to create six holistic policy recommendations which are supported by cross-industry sectors to reduce the effects of microplastic and microfibre pollution.

These include, appointing a designated Minister of Plastic Pollution (MOPP) to oversee plastic pollution prevention policies. The Minister would also have responsibility for the creation of a Microplastic Action Plan (MAP). This would set out an overall strategy for Government to help tackle microplastic release into the environment from all sources. The report also recommends that an Extended Producer Responsibility Scheme for textiles be introduced from 2023. This would be a year after the already planned DEFRA consultation on a scheme for textiles.

The report also recommends introducing legislation that would require all domestic washing machines to be fitted with a filter from 2025. This would significantly reduce the amount of plastic microfibres which end up in our rivers and seas. Introducing microfibre filters within washing machines would also empower the consumer to take appropriate action on microfibres within their home. The Government should work with industry to introduce a standard filter that could be fitted either inside or on the outside of a machine, with a standard or instruction on how best to dispose of the microfibres from the machines.

Mr Costa, said: "I am very proud of this report, the proposed recommendations aim to reduce microplastic pollution with a focus on microfibre plastic. Microplastic pollution is a growing problem., the Government should consider implementing changes to significantly reduce and help mitigate the harmful effects humans have in disposing microplastics in our environment."

Mr Costa added: "I am delighted that the Group's report has been published today. I would strongly encourage the Government to consider the report recommendations such as appointing a Minister of Plastic Pollution (MOPP). The Minister would work across Government to set overarching policies with the aim to reduce all forms of plastic pollution as well as setting annual targets."

Dr Laura Foster, Head of Clean Seas at the Marine Conservation Society said"Microfibres have been found to account for a massive 70-100% of microplastics in parts of our ocean. That's why, for the past year, we've been campaigning for all new washing machines to be required, by law, to be factory-fitted with microfibre filters and thousands have signed our petition in support. We're pleased to see strong cross-party support for this legislation in the APPG's report on microfibres, with factory-fitted filters a key recommendation. We look forward to seeing this recommendation turned into action in parliament, with filters fitted by 2025."

Ann Jones, Chair of the National Federation of Women's Institutes said "This report is a clarion cry for action to turn the tide on the plastic pollution that is blighting our marine environments. Our own research found at least 9.4 trillion microplastic fibres could be released every week in the UK through the washing process. With every day that passes by, our rivers and seas are becoming more choked with plastic waste. The scale of the problem is huge, but the solutions are increasingly close at hand. By fitting filters to washing machines, making textile producers responsible for the waste their products create and appointing a Minister to bring Departments together we can make a huge difference."

The report's recommendations include:

NOTICE OF CONCLUSION OF AUDIT

In Accordance with the Accounts and Audit Regulations 2015 (SI 2015/234) Broughton Astley Parish Council is required to publish the attached documents, following the conclusion of the audit of accounts for the year ended 31 March 2021.

Girl guiding is all about fun, friendships and new experiences – whether your daughter wants to join Rainbows, Brownies, Guides or Rangers, sign her up today.

Girl guiding is dedicated to creating a better world for girls and young women
We empower girls, we give them space to grow and we ensure that each one of them can get involved - no matter what their background or ability. Here are some of the things that make our charity special.

Tommy as good as new! 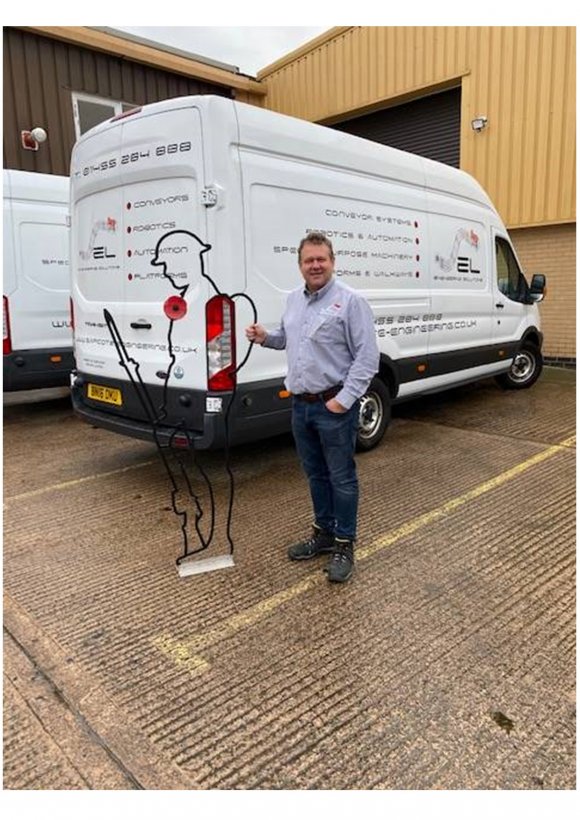 We would like to thank Sean Maguire Managing Director of Sapcote Engineering.

They have repaired the Tommy that was damaged during storm Ciara on the weekend of 8th and 9th of February 2020.

Tommy is now back in his rightful place at Broughton Astley Memorial Garden.

NOTICE OF CONCLUSION OF AUDIT

Face masks MUST be worn when entering the office please.